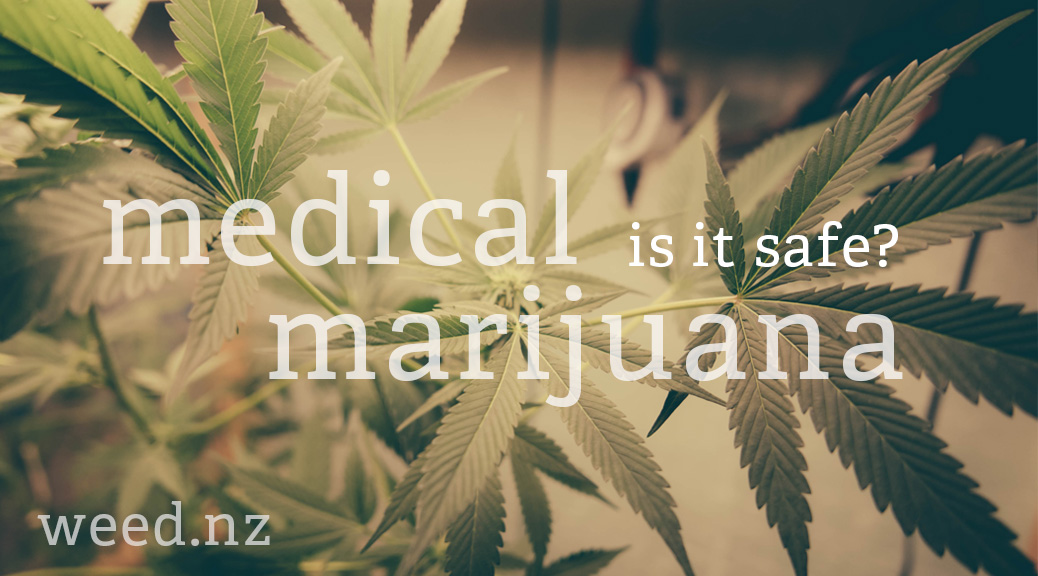 From the Czech Republic to Uruguay, Washington to Colorado, many regions around the world have successfully legalised medical marijuana in recent years.

This movement has provided millions of people with an effective and healthy way of combating the effects of neuropathic pain, which is associated with a variety of serious conditions, including:

While marijuana in both medicinal and recreational form is still illegal in New Zealand in the here and now, it’s reasonable to assume that this will change at some point in the future if global trends remain on their current trajectory.

When this time comes, should you consider incorporating medical marijuana into your treatment? We’ve dived into the research to help you make a more informed decision when it comes to hospital-grade weed.

The first question on the tip of everyone’s tongue is: Is medical marijuana safe? The short answer is ‘yes’.

In fact, one of the longest ever studies conducted on the use of medical cannabis for chronic pain management found very few adverse effects associated with the drug.

The research, titled ‘Cannabis for the Management of Pain: Assessment of Safety Study’ and published in The Journal of Pain, involved researchers dispensing a standardised herbal cannabis product (12.5 per cent tetrahydrocannabinol) to eligible participants suffering from chronic pain.

Over the course of a year, this group took an average of 2.5 grams of cannabis per day. At the end of the trial period, researchers found the medical cannabis users experienced less pain, greater quality of life and higher cognitive function compared with the control group.

Are there any side effects to medical marijuana?

While there are some very real benefits to medical marijuana, it’s important to bear in mind that cannabis often comes with some side effects that may influence your decision to use it.

As Live Science explained, weed can have an immediate impact on your judgement, ability to focus and sense of balance. Long term side effects are still a matter of much debate, with some studies suggesting that prolonged use may have a negative effect on your respiratory system, mental health, memory and may be linked to some forms of cancer. However, the research is far from conclusive, so be sure to keep an eye on new findings as and when they emerge.

Is medical marijuana safe for kids?

If you have an interest in the marijuana world, you might have stumbled upon some high- profile stories of forward-thinking parents giving their young children doses of medical marijuana to help them deal with chronic illnesses. Check out the following Vice YouTube video for some excellent examples:

As you can see in this video, it’s clear that weed can help some kids deal with their health conditions in a better way than traditional treatments, but is it safe?

Well, the jury is still out on that one. Advocates assert that medical marijuana is less harmful and addictive than many of the opiate-based drugs currently prescribed to children. On the other side of the fence, critics claim that the effects of cannabis on developing bodies are not yet fully understood and should thus be banned.

Whether or not medical marijuana will be right for you (when it is legalised) will ultimately depend on your beliefs and mental and physical health. As for the question, ‘Is medical marijuana safe?’, current research suggests a resounding ‘Yes!’.