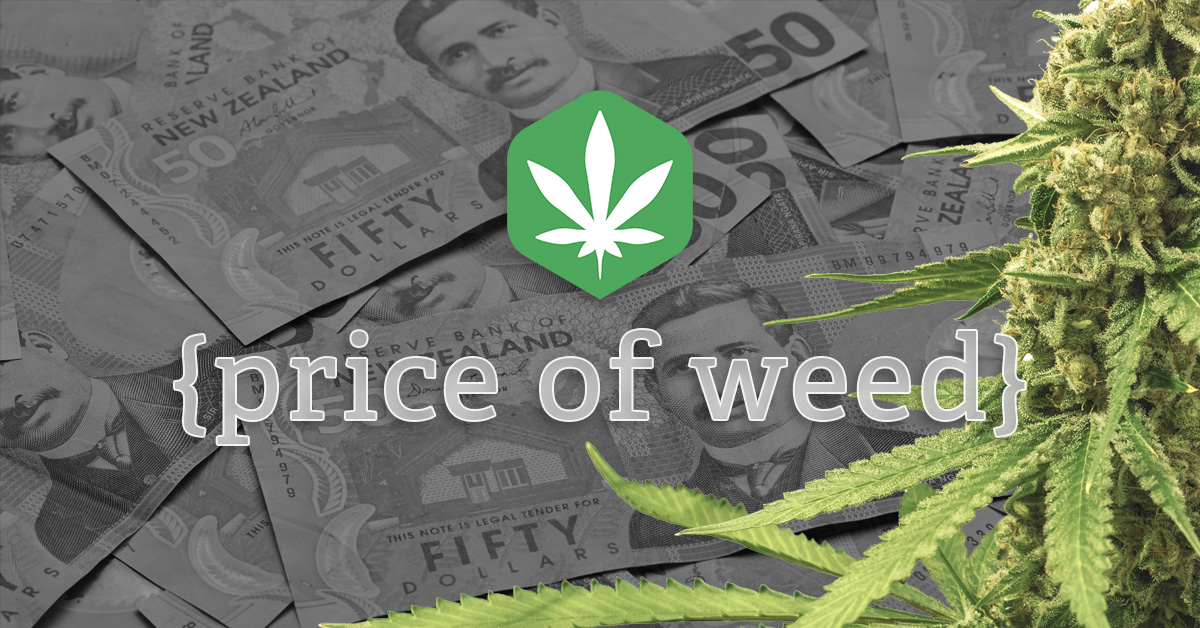 New Zealand’s anti-marijuana stance negatively impacts consumers – both recreational and medicinal – in a number of different ways. In addition to an absence of quality control and the criminalisation of patients who rely on weed to cope with their health conditions, a lack of regulation in the country’s cannabis market also means that prices can fluctuate wildly between vendors, products and regions.

This carries some inherent risks. If you’re a newcomer to the world of marijuana, there’s a relatively high chance that you could get ripped off by unscrupulous dealers. Of course, there’s no formal industry watchdog to protect you in such an event, so the best way to minimise the risk is to keep yourself informed.

We’ve put together a short guide on how weed is sold in New Zealand and how much you can expect to pay:

The term ‘tinny’ is unique to New Zealand, and is simply used to describe a small package of cannabis wrapped up in tin foil. A tinny should contain at least one gram of weed and will cost you around $20.

While this is a good option for very light users or those starting to experiment with cannabis, tinnies aren’t really a cost-effective choice. As with most products, buying in bulk offers significant discounts, so most seasoned users will tend to purchase their pot in larger quantities.

If a tinny simply isn’t enough, you might need to step up to a 50 bag. Somewhat unimaginatively named, a 50 bag costs $50 and contains around 3-4 grams of marijuana, depending on how generous your seller is feeling.

A hundy (or 100) bag costs – you guessed it – $100 New Zealand Dollars and should generally contain around 7 grams of weed.

What are your thoughts?

Ounces of weed in nz

As noted, purchasing weed in bulk is a cost-effective choice, which leads many users to buy their marijuana by the ounce (roughly 28 grams).

An ounce of indoor-grown weed typically costs $300-$350, while an ounce of outdoor-grown pot can cost anywhere between $200-$300. Prices do vary significantly by region; those in rural New Zealand can often get an ounce much cheaper than city slickers.

New Zealand weed prices compared with the rest of the world

Aotearoa’s unregulated cannabis market means consumers are more or less at the mercy of the prices set by dealers, but how do our weed prices compare with the rest of the world?

Well, over in the UK, the average price for an ounce of quality buds is £187.45 ($402.78), according to figures collated by the Independent Drug Monitoring Unit.

In Denver, where both medicinal and recreational weed is legal, an oversupply of dispensaries has seen marijuana prices fall. For example, in February 2016, the average cost for an ounce of weed in the Denver Metro Area was around USD$224 ($334.50), down 4.69 per cent from three months earlier, according to the Colorado Pot Guide.

Cannabis Barcode – Is this the future?

Weed might be getting cheaper in Denver, but it’s still got a long way to go before it becomes as affordable as Uruguay’s marijuana. As The Guardian noted, the South American nation boasts a government-controlled cannabis market in which weed costs a paltry $1 per gram (that’s $28 for an ounce!). It’s hoped that the extremely low prices will push drug traffickers out of the market.

It’s highly unlikely that we’ll see New Zealand’s weed prices nearing those of Uruguay any time soon. However, legalising cannabis, establishing market standards and introducing standardised pricing structures could go a long way toward protecting Kiwi weed consumers, and is something that legislators should consider when the discussion is brought to the table.