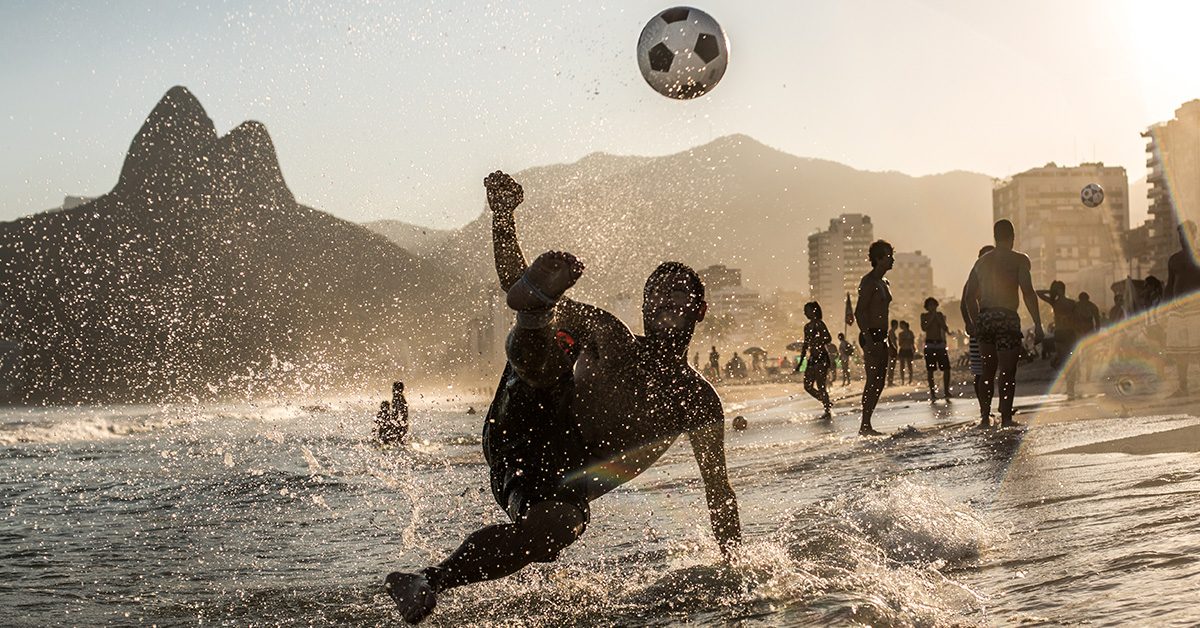 The 2016 Olympic Games have come to an end, and despite some early concerns – unsanitary swimming pools, incomplete living quarters and Zika virus fear mongering, amongst others – it’s fair to say that the event was a resounding success.

What made Rio 2016 so remarkable? Well, in addition to the incredible feats of athleticism and New Zealand picking up an astonishing 18 medals, it also marked the first Summer Olympics in which athletes have been allowed to smoke weed in the days leading up to the event. As Al Jazeera reported, in 2013 the World Anti-Doping Agency raised the permitted in-competition level of marijuana to 150 nanograms per millilitre – a 1,000 per cent increase from the previous threshold. World Anti-Doping Agency Spokesperson Ben Nichols explained the change.

“Our information suggests that many cases do not involve game or event-day consumption,” said Mr Nichols, as quoted by USA Today.

“The new threshold level is an attempt to ensure that in-competition use is detected and not use during the days and weeks before competition.”

Okay, so athletes probably weren’t smoking up on race day at Rio 2016, but the new threshold does mean that athletes now have the freedom to use a moderate amount of weed (for, say, pain relief, or to relax) prior to the Olympics without fear of disqualification. This represents yet another positive step forward for the marijuana acceptance movement, particularly because there are a number of exceptional gold medal Olympians who have a reputation for smoking pot. Here are three of the most famous:

Lauded by many as the greatest American athlete of all time, Michael Phelps upset quite a few people in 2009 when a photo emerged of the superstar swimmer (who by then already had eight gold medals under his belt) taking an Olympian rip from a bong.

Phelps received a three-month suspension from USA Swimming and lost a couple of endorsement deals, but it was the weed-fearing public who were the ones really shaken by the whole affair. The incident encouraged more cannabis-related dialogue and forced people to reconsider their perceptions of weed: If the health effects of marijuana were as dire as officials claimed, how was it possible for the greatest athlete in American history to be smoking pot?

Perhaps the only other person on the planet to rival Phelps’ athletic prowess, Usain Bolt made history at Rio 2016 by becoming the first competitor ever to pick up a triple-triple – that is, victories in the 100 metre, 200 metre and 4×100 metre at three Olympic Games in a row.

Hailing from Jamaica, a country renowned for its cannabis use and which recently began installing weed vending machines at its airports, it might not be too surprising that Bolt has dabbled in marijuana. In an interview with German newspaper Bild, Bolt explained that “When you’re a child in Jamaica, you learn how to roll a joint.”

“Everyone tried marijuana, including me, but I was really young.”

However, as Bolt explained, his weed-smoking days are now long behind him.

“Nobody in my family or those close to me smoke and I don’t hang out with people who smoke.”

Not quite on the same level of superstardom as the aforementioned athletes, Ross Rebagliati is nevertheless an important figure in any conversation about cannabis at the Olympics. The Canadian snowboarder won gold at the 1998 Winter Games but almost had his medal taken away from him after testing positive for marijuana (17.8 nanograms per milliliter – far below 2016’s new threshold).

Since then, Rebagliati has become a major weed proponent and has even launched his own brand of medical marijuana called, appropriately, Ross’ Gold.

Which Olympian would you want to smoke with?