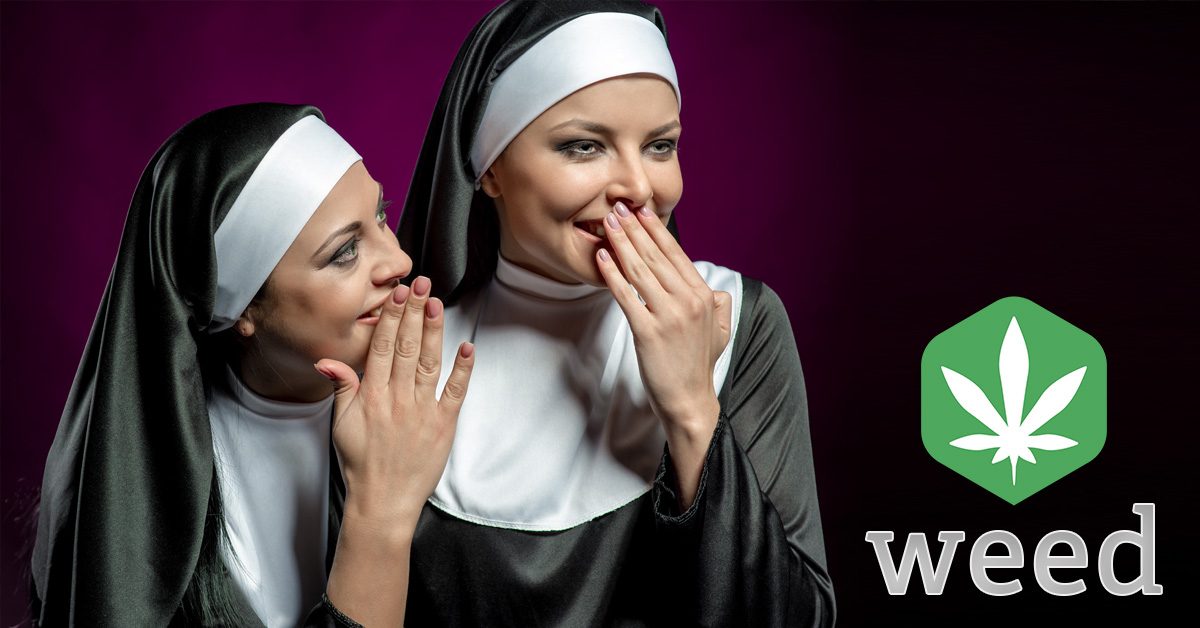 A crackdown on the cultivation of cannabis in Merced, a small town in central California, hasn’t stopped two unlikely heroes from pursuing a holy quest to provide patients with medical marijuana.

Sister Kate and Sister Darcey, two self-ordained nuns, have dedicated themselves to creating quality cannabis-based lotions, salves and tinctures from plants they have grown themselves. As Huffington Post reported, while the pair may technically be operating outside of the law, they hold themselves to high standards of quality, ensuring that all their products are organic, laboratory-tested and free of pesticides.

This modus operandi is fairly typical of growers in regulated marijuana markets, but where the nuns differ is that they imbue the process with a small touch of the divine. Tinctures are bottled only during full moons, and each bottle sold is blessed with a healing prayer. At $85
USD for a two-ounce bottle of CBD-infused oil, the products aren’t cheap, but that doesn’t seem to be deterring buyers – at the time of writing, orders are being delayed by up to two weeks due to demand.

You can get a closer look at a day in the life of the weed-growing nuns in the following YouTube video from Ruptly TV:

Are the nuns growing weed legally?

Although California has quite a progressive approach when it comes to the legalisation of medical and recreational marijuana, some jurisdictions – such as Merced – are clamping down on cannabis cultivation. Therefore, there are some question marks hanging over the legality of the nuns’ work.

Despite this, Sister Kate and Sister Darcey are adamant that they are abiding by the relevant laws and that their products are only suited for medicinal purposes. This is because the marijuana they grow contains high concentrations of CBD (a cannabinoid with a wide range of medical applications) and very low levels of THC (the cannabinoid responsible for producing the high associated with weed).

“Our products have less than 0.3% THC,” explained Sister Kate as quoted by ABC 10.

These low levels enable of THC allow them to legally mail the products to buyers around the world.

While it might seem as though growing and selling weed would be contradictory to a nun’s core beliefs, many religions around the world do in fact have a rich history of using cannabis for spiritual purposes. Hindus, for example, have been making use of marijuana in their religious ceremonies for more than 3,000 years, according to The Massachusetts Cannabis Reform Coalition. In addition, the Old Testament is littered with references to cannabis-containing holy oils, and ancient Taoist shamans were known to use the plant to predict the future.

The use of cannabis has deep spiritual roots and Sister Kate and Sister Darcey are doing their part to carry on tradition, even if it means breaking a law or two along the way. Would you smoke weed grown by nuns?