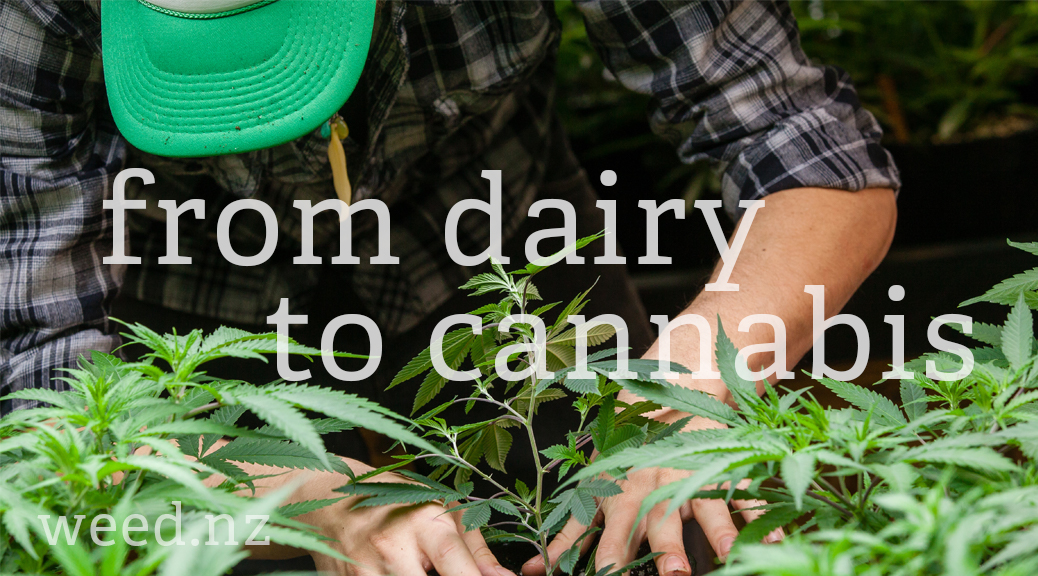 Medical marijuana has been proven to be effective at helping with a range of chronic diseases – but could it also be used to heal New Zealand’s ailing dairy industry?

The dairy sector is a central pillar in New Zealand’s economy. According to Statistics NZ, in 2012 the industry exported a whopping $12.5 billion worth of milk powder, butter, cheese and casein – an increase of 72 per cent from five years earlier.

However, as many predicted, this type of growth was not sustainable in the long run. Earlier this year, stuff.co.nz reported that Fonterra had slashed its milk price forecast by 15 cents per kilogram of milk solids, while recent shifts in the European market has resulted in significant price falls on the global dairy auction.

With times looking tougher than ever for NZ dairy owners, some are wishing they could use their farming expertise to cultivate another type of product – weed.

Why do our farmers want to get involved with medical marijuana?

According to Billy McKee, director of GreenCross New Zealand – an organisation that supports legalising medical cannabis – some dairy farmers would readily start growing weed if it was legal to do so.

Why? Well, as touched on earlier in this article, the financial element is a key motivator.

“Dairy farmers in New Zealand are really struggling to make money. They are not getting the profit which they used to get, so they are happy to see any other alternative,” explained Mr McKee, as quoted by Te Waha Nui.

In addition to the economic aspect, another thing that appeals to farmers is the ease with which cannabis can be grown and harvested. An incredibly resilient plant, weed grows just like, well, a weed. In a sun-soaked environment, cannabis can thrive with relatively little attention.

“Medical cannabis does not need good quality land. The only requirement for the plants to grow is reasonably level surface,” commented Mr McKee.

One Te Aroha farmer has already made the transition

Some farmers have already made the leap. John Lord, a former farmer from the Waikato region of Te Aroha, made the transition to selling weed in Colorado (where marijuana is legal) in 2008. Since then, he’s become the biggest cannabis distributor in the state, with 500 employees across 20 retail stores selling more than $80 million worth of product annually.

As Mr Lord’s success story demonstrates, the economic benefits of medical marijuana are too large to ignore. The legal cultivation of cannabis could be exactly what New Zealand farmers need to stay profitable in the face of a lethargic dairy industry.