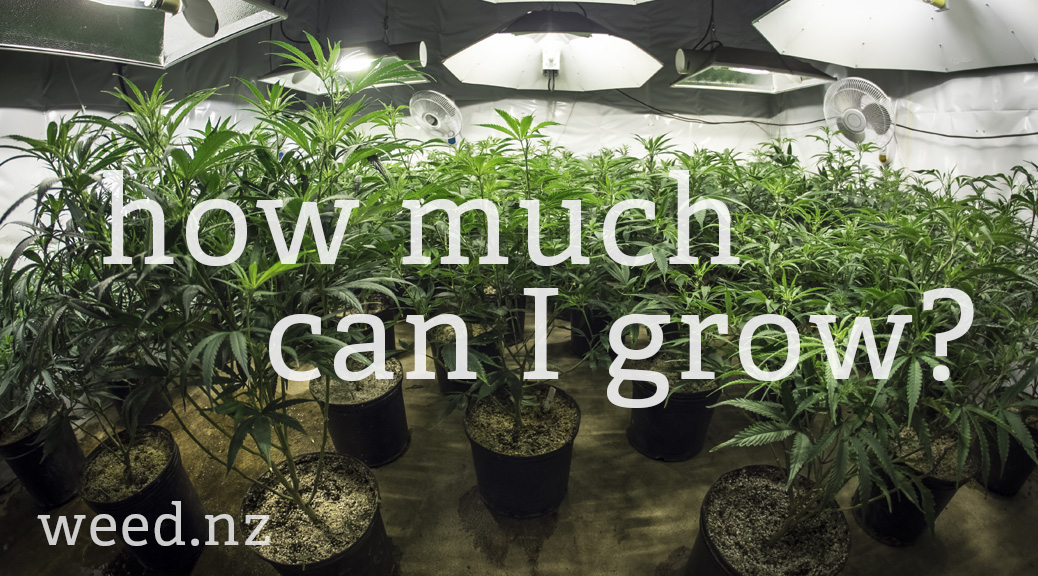 As anyone with a vege garden can attest, there’s something supremely satisfying about preparing and eating a meal using ingredients that you’ve raised from a seed with your own hands. The vegetables are fresher, you can grow specific varieties to suit your palate, it’s more cost effective and it’s comforting to know that no chemicals, additives or pollutants have been used at any stage of the growing process.

Discerning pot enthusiasts know that these benefits can also be applied to weed, but there is still some discussion over the legal status of such an endeavour. Let’s clear up the debate.

How much cannabis can I legally grow for personal use in New Zealand?

Despite its widespread use, as it stands, weed remains very much illegal here in New Zealand. Consequently, you are not legally allowed to grow any amount of cannabis for either personal or medical use. If you’re indicted with cultivating cannabis (including sowing or planting it), you could end up with up to seven years behind bars, or an immediate jail term of two years and/or a $2,000 fine. The exact penalty will vary depending on the amount you’re growing.

However, with medical marijuana recently being legalised in Australia, it seems likely that we could see steps in a similar direction in New Zealand in the near future. In fact, some experts predict that medicinal cannabis could hit pharmacy shelves before the end of 2016.

Whether these projections come true is a matter of some contention, but the fact remains that many regions around the world are loosening their laws when it comes to pot regulation. It’s possible that the New Zealand government could one day develop personal growth legislation based on successful models that other countries have implemented.

How do other parts of the world regulate the growth of cannabis for personal use?

There’s no single system when it comes to the regulation of weed. In Colorado, for example, all adults residents can grow up to six marijuana plants, with a maximum of three in the flowering stage at any time. Regardless of the number of people living in a dwelling, no more than 12 plants can be grown per residence. The plants must also be grown and stored safely in an enclosed area, which only authorised adults can access.

While things are pretty relaxed in Colorado, not all the legalised states are so laid back. For instance, in Washington, medicinal users are allowed to grow their own pot (up to 15 plants). However, only legally licensed ‘producers’ – permit holders who pay annual fees and are growing on a property that meets the standards set out in the Liquor Control Board regulations – are allowed to grow cannabis for recreational purposes. This means the average person in Washington is not allowed to grow cannabis, despite the legalisation of both medical and recreational marijuana.

As noted, you can’t legally grow weed in New Zealand, end of story. However, that’s not to say that this will always be the case, and at some point in the near future it’s possible you’ll be able to roll a joint of fresh bud you’ve personally grown from a seed. Will the New Zealand government follow in Colorado or Washington’s footsteps, or will it form its own regulations? Only time will tell.