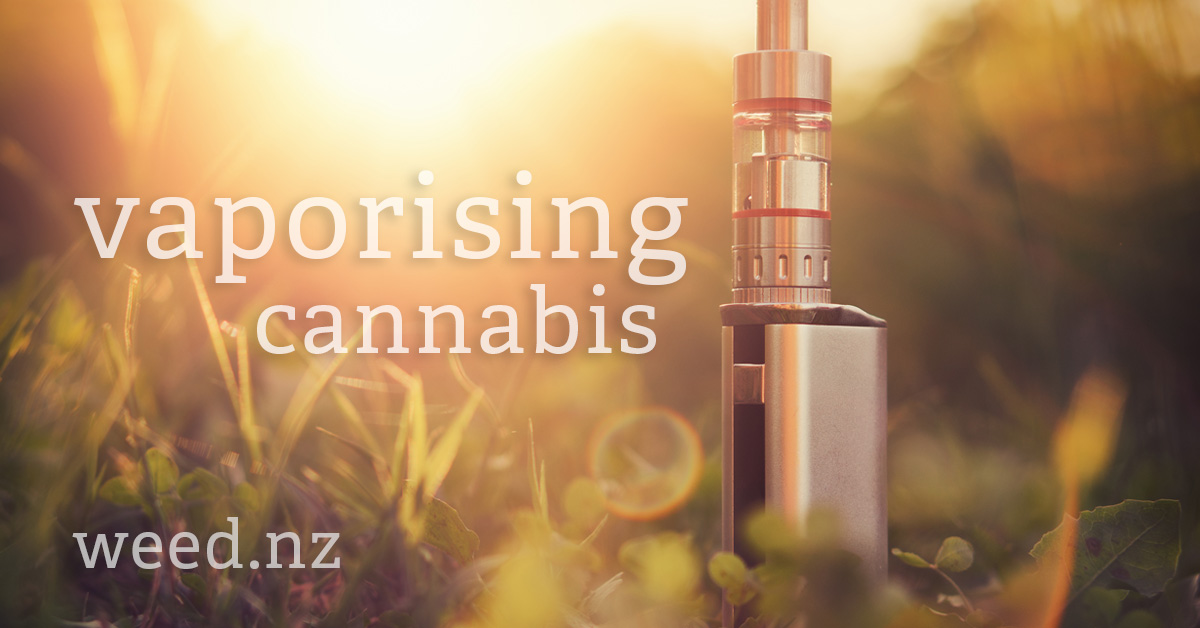 While the use of cannabis may not be directly related to lung cancer, the fact remains that smoking any substance is ultimately harmful to your body.

As the American Lung Association explained, marijuana smoke contains a number of carcinogens, toxins and irritants also found in tobacco smoke. This can potentially lead to symptoms such as acute bronchitis, chronic coughing, increased phlegm production and more.

If you’re a long-term weed smoker, you may have noticed some of these side effects yourself. Thankfully, there are a number of healthier ways to consume cannabis, with one increasingly popular method being vaporising.

Should you put down the joint and pick up the vape? To help you answer this question, check out the top three benefits of vaporising cannabis:

We touched on it earlier, but it bears repeating again: Vaping weed is significantly better for your lungs than smoking it. The vaporisation process does not involve combustion, which means it releases far fewer harmful chemicals than traditional smoking methods.

There’s a growing body of academic research that supports this notion. A comprehensive study published in the Harm Reduction Journal found that around 66 per cent of vaporiser users reported no respiratory concerns, compared with just 56 per cent of their pot-smoking peers.

After factoring in age, sex, cigarette use and cannabis consumption levels, the odds ratio suggested that those who vape are only 40 per cent as likely to experience respiratory symptoms as smokers.

In New Zealand’s unregulated cannabis industry, the price of weed can vary enormously depending on the season, availability, location and a range of other factors. Consequently, many enthusiasts seek to consume their marijuana efficiently in order to get the best bang for buck.

Vaping excels in this department. Collaborative research from California NORML and the Multidisciplinary Association for Psychedelic Studies found that vaporisers convert 46 per cent of THC into vapour – almost 20 per cent more than that produced by joints, spliff and blunts.

So, while there might be some initial up-front costs involved with purchasing a vaporiser, it’s likely that your investment will pay for itself many times over during its lifetime.

The legal cannabis industry may be growing in other parts of the world, but here in New Zealand weed remains an illicit drug. As such, users do have to be wary of drawing attention to themselves, which can be problematic thanks to the strong and distinctive smell of marijuana smoke.

Vaporising cannabis removes this concern, due to the fact that there’s no burning involved. While the process does have its own subtle smell, it’s a far cry from the odorous clouds of smoke produced by bongs and joints.

Healthier, cost effective and discreet, vaporising is quickly proving itself to be the favoured method of consumption for discerning pot users in New Zealand and around the world.