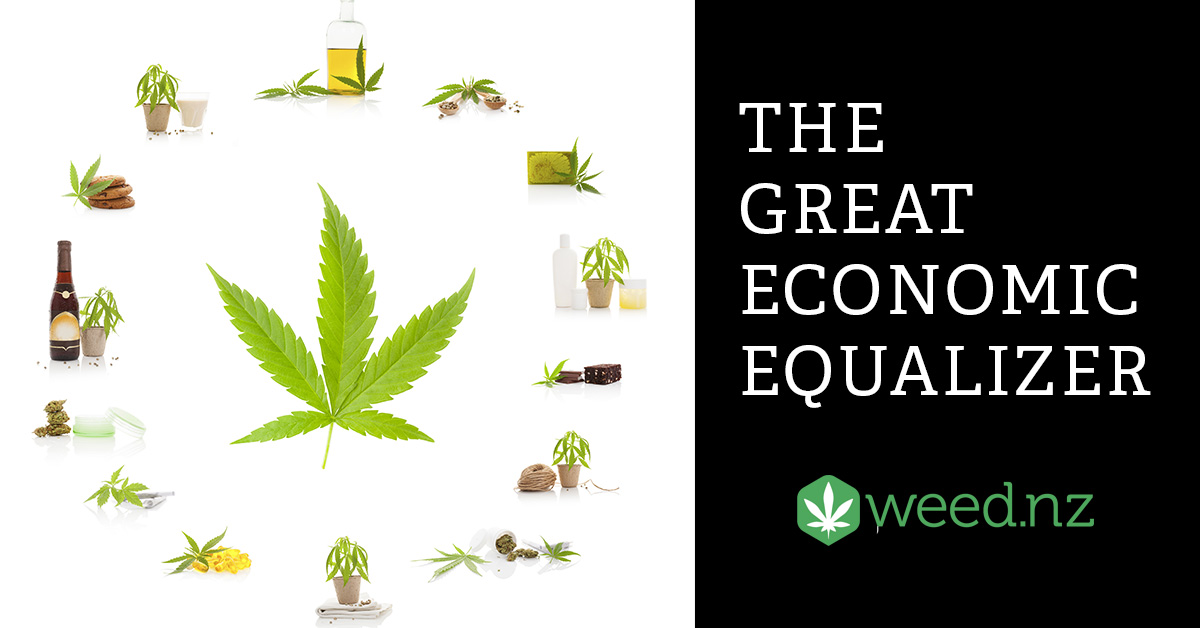 The economic disparity between the haves and the have nots continues to grow in many parts of the world, but there is one thing that promises to bring these two groups closer together: Weed.

Why are investors finally seeing potential in the legal weed industry?

Perhaps understandably, investors have been fairly slow on the uptake when it comes to supporting cannabis-based businesses. However, with the industry proving to be an incredibly strong performer, this is quickly changing.

ArcView Market Research recently released a report predicting that the US legal cannabis market will grow 25 per cent in 2016, with sales reaching $6.7USD billion. By 2020, it’s believed that this figure will be closer to $22USD billion.

Of course, this will come as good news for anyone investing in the weed industry, but it also gives new hope to those in regions that would otherwise have no way to generate income.

Adelanto, a small Californian town situated about 1.5 hours northwest of Los Angeles, has suffered from a lagging economy ever since the George Air Force Base was closed down in 1992. While the incarceration industry has helped keen the region afloat, weed could help it thrive.

In November 2015, Adelanto became the second city in California to authorise the cultivation of medical cannabis, as reported by business news outlet Quartz. So far, permits for 27 grow facilities have been granted, and the effects are already being felt.

“There is no precedent for such a widely used product moving from a criminal market to a legal and regulated market,” explained ArcView Group CEO Troy Dayton, as quoted by Quartz.

“The closest thing you’ve got is the repeal of alcohol prohibition and the fall of the Berlin Wall. Or maybe even the opening of trade to china.”

The facilities are expected to inject around $6 million annually into Adelanto’s economy, according to The Orange County Register. Land has tripled in price, investors are arriving in droves and the townspeople are quietly optimistic that marijuana will be the financial saviour they’ve been waiting for.

Adelanto’s rags to riches story hits close to home. New Zealand has its fair share of economically ailing towns, and throughout the country there are many once-prosperous regions that fell into hardship after their primary sources of income – often a mine or factory – closed its doors.

At the moment, there’s not much incentive for investors to channel their resources into such areas, as there’s little hope of a positive financial return. However, as Adelanto demonstrated, it’s possible that the legalisation of the commercial cultivation of medical marijuana could be just what’s needed to bring these dormant towns back to life.