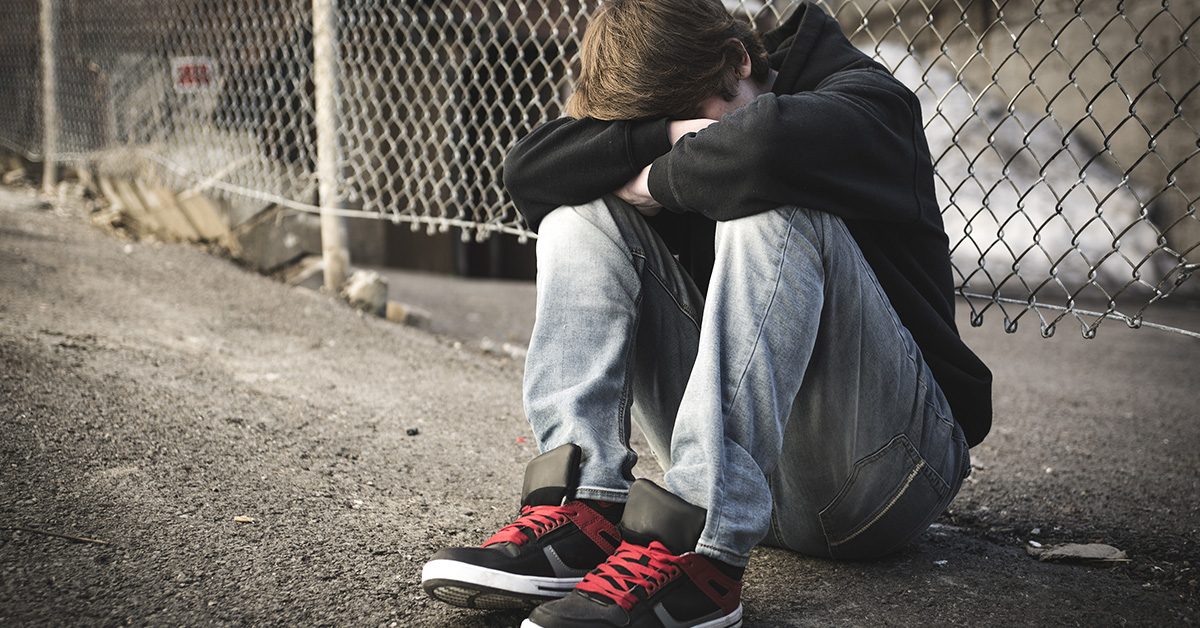 What causes weed anxiety and how do I get rid of it?

Part of the beauty of marijuana is that no two people experience its effects in exactly the same way. For some, the high is a mellow, relaxing buzz; for others, weed acts as a social stimulant, encouraging conversation and opening pathways to new patterns of thoughts.

This yin-yang nature also applies to the complex relationship between cannabis and anxiety. A growing body of anecdotal evidence indicates possible therapeutic value in using weed for anxiety, which seems to be in sharp contradiction to the panic attacks and exacerbated feelings of stress that many users experience when smoking marijuana.

How many people get anxiety from smoking weed?

As many as 20-30 per cent of all recreational users encounter a heightened sense of anxiety when smoking weed, according to a report from Harvard Medical School. In a more local context, one New Zealand study, cited in a literature review published in the British Journal of Psychiatry, found that 22 per cent of cannabis users encounter panic attacks or anxiety, with the incident rate twice as high among women as men.

In most cases, you can simply ride out these side effects until they naturally dissipate, but a growing number of people are seeking medical help for weed-induced anxiety. For example, in the face of rapidly evolving marijuana policy, a number of states in the US have witnessed a spike in the number of weed-related emergency room admissions, with most cases being attributed to anxiety.

“The most common reason someone goes to the ER for a marijuana reaction is anxiety,” explained Dr Larry Bedard, former president of the American College of Emergency Physicians, as quoted by The Cannabist.

“Part of an anxiety reaction is you have an impending sense of doom. So a lot of people come in (to the hospital) thinking they’re dying, when they’re actually having a panic attack. That’s very common. If you’re smoking a joint and suddenly you can’t breathe and your chest feels tight and you start to get numb and tingly, you start to think you’ve been poisoned.

So, a decent chunk of the population has to deal with anxiety when smoking weed, but what exactly causes this problem? Is there anything you can to do reduce your chances of having a panic attack? And are there any particular cannabis strains you should try to avoid? We’ve rounded up all the salient information to help you answer these questions and more.

What’s happening in your brain during weed-induced anxiety?

The fact that weed has never killed anyone does not mean that it is a completely benign drug. While most people can use cannabis in moderation with no ill effects, for some people it can induce severe feelings of anxiety.

What causes this reaction? A team of scientists at Vanderbilt University in Tennessee believe that it could be largely due to the amygdala, a part of the brain that is responsible for dealing with emotions such as fear and anxiety.

Their research, which was published in Neuron in 2014, broke new ground by identifying for the first time cannabinoid receptors (critical parts of the endocannabinoid system, which are activated by cannabinoids such as THC and CBD) in the amygdala in a mouse model.

What does all this mean? Essentially, it shows the science behind why cannabis affects our anxiety levels, though more research is needed before we fully understand the ins and outs of this interaction. As the study’s senior author Sachin Patel explained in a press release, the research “could be highly important for understanding how cannabis exerts its behavioural effects.”

“We know where the receptors are, we know their function, we know how these neurons make their own cannabinoids,” continued Mr Patel. “Now can we see how that system is affected by … stress and chronic (marijuana) use? It might fundamentally change our understanding of cellular communication in the amygdala.”

Why does marijuana make me anxious?

The jury is still out when it comes to exactly why cannabis causes anxiety in some people yet seemingly has no negative effects on others. Nevertheless, there are some general risk factors that both medical professionals and everyday users agree on:

Cannabis strains containing high concentrations of THC are significantly more likely to increase your chances of suffering marijuana-induced anxiety, according to the results of a 2014 Oxford-led investigation. During the study – the largest investigation ever of the relationship between THC and paranoia – researchers injected two thirds of the participants with THC, while the remaining subjects were given a placebo. Injection as a means of administration is effective for research purposes because it minimises variability of THC in the bloodstream. After controlling for mental illness and other relevant health conditions, researchers found that 20 per cent of the study’s participants experienced increased paranoia as a direct result of the THC. Paranoia levels returned to normal as THC exited the bloodstream.

There’s a long-standing link between cannabis and mental illness, though it’s unclear whether this relationship is one of correlation or causation – that is, does weed actually cause mental illness, or are those with mental illness naturally more inclined to use marijuana (for instance, for self-medicating purposes)? In saying this, it is generally accepted that weed may exacerbate or ‘reveal’ the symptoms of some underlying mental illnesses, which may not be present in your regular day-to-day life.

If you’re a newcomer to weed, you may be more vulnerable to anxiety and panic attacks as you’re simply not familiar with the effects of being high. Veteran smokers have developed a tolerance and more or less know what to expect from marijuana, and are therefore more likely to feel comfortable under the influence.

What can I do to get rid of my weed anxiety?

Due to genetic variability and the fact that chemicals affect us all in different ways, there’s no single best option when it comes to getting rid of weed anxiety. However, based on research, anecdotal evidence and our own experiences, we’ve compiled a few ideas you can try to alleviate cannabis-induced anxiety:

As noted, research indicates that THC is directly responsible for evoking paranoia in many cannabis users. Therefore, you may experience less anxiety and fewer panic attacks by opting for THC-light, CBD-heavy strains of cannabis. Unless you have a very trustworthy and knowledgeable supplier, this is unfortunately much easier said than done in New Zealand’s current marijuana market – a risk that stands as yet another example of how users could stand to benefit from cannabis law reforms.

Get in a good frame of mind beforehand

As with all psychoactive substances, it’s important to be in a positive frame of mind when using cannabis. Before smoking, double check you don’t have any urgent personal or professional responsibilities to take care of, do some deep breathing exercises, clear your schedule for the next few hours and try to relax. Avoid using weed to escape from your problems – it only increases the risk of anxiety, and your problems will still be there when the buzz fades.

New Zealand is home to some pretty potent pot, which can be a little daunting if you’re unfamiliar with weed. Minimise the risk of negative side effects by starting with very small doses and waiting to fully feel the effects before having any more.

Only use weed in a comfortable and safe environment

Legal concerns can be a major source of anxiety, particularly in New Zealand where weed remains illegal. You can reduce such worries by using cannabis in a safe location and not venturing out into public whilst under the influence. In addition, you can eliminate weed-induced social anxiety by only smoking in the company of those you know and trust.

Occupy yourself with familiar tasks

It’s easy to get lost in your thoughts when smoking weed, which is a little overwhelming for some people and can contribute to anxiety. If this sounds like you, try keeping your mind engaged and occupied with external stimuli. Immersing yourself in your favourite movie on grooving along to some good tunes are great ways to prevent the onset of any panic attacks.

Remind yourself of the facts

Finally, another way to reduce weed anxiety is to remind yourself of the facts. You know that the high is simply the result of THC entering your bloodstream. You know that the effects are temporary. Most important of all, you know that cannabis has never, ever killed anybody, and in all likelihood you will return to baseline and be feeling fine in a couple of hours.